Ptarmigan Arts is excited to introduce our newest member, Pat Ahern.  Pat is a long-time resident of Alaska and currently resides in Homer.  He has dabbled in art his entire life and enjoys sketching, stained glass, and creating artisanal Shamanic rattles, which is now his creative focus.

When Pat lived in Alaska’s Interior in the 90s, his artwork was heavily influenced by Inuit, Haida, Tlingit, Aleut and Athabaskan cultures.  His activities focused on skin sewing and traditional tanning, antler and bone carving, pointillism, and sketching.

Over the years his interests in Indigenous cultures grew.  Pat read about and studied high latitude societies and their traditions in Alaskan tribes, and was consistently drawn to anthropology: behavioral patterns, cultures, archaeology, and ethnography.  The most intriguing artifact for him was the ritual dance rattle, an archetypal device which depicted significant spirit animals.

This desire to understand the rattle and its purpose subsequently resulted in the research of shamanism in Alaska.  He quickly realized that few of these sacred tools remained and after making one, he has not looked back.  Each rattle is unique and he harvests natural supplies whenever he can, responsibly and sustainably.

Ptarmigan Arts is now on our winter hours schedule–open every day of the week from 11 am – 5 pm with extended First Friday hours until 7 pm.  His beautiful rattles are now on display. 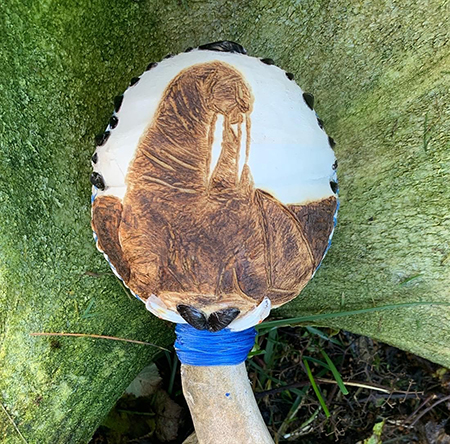 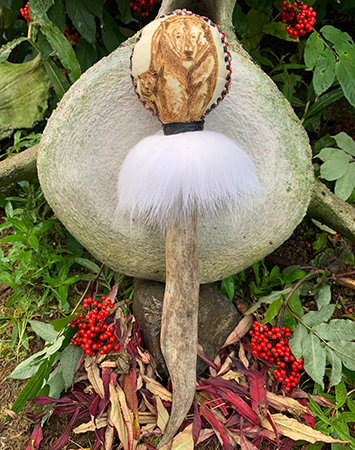 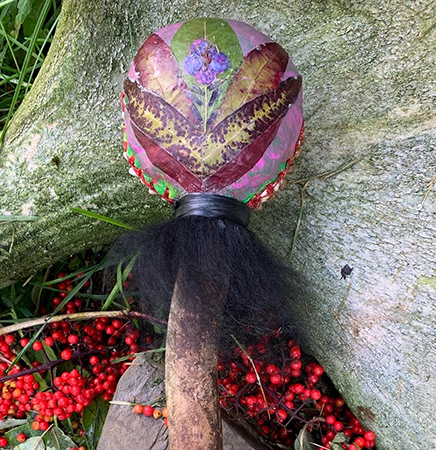 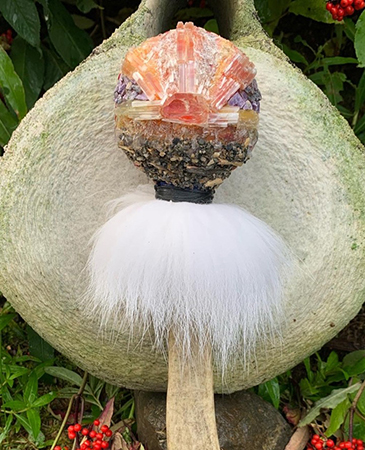 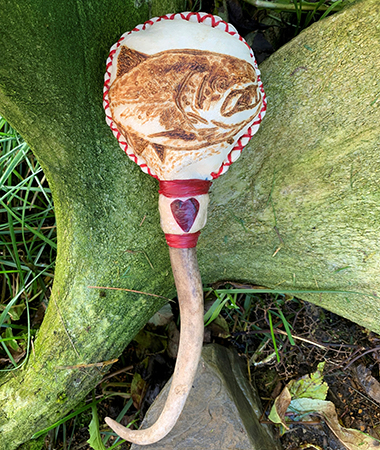 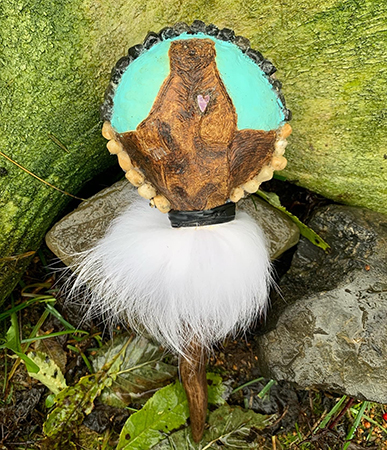 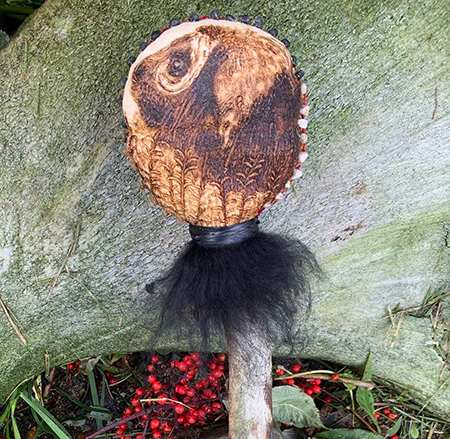 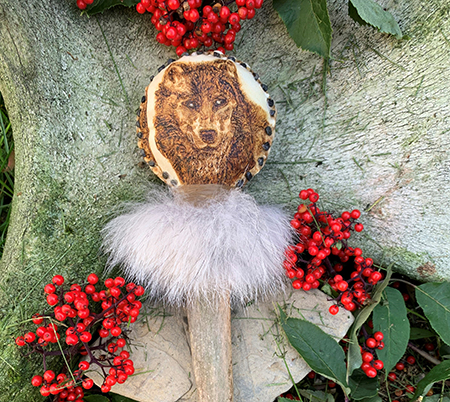 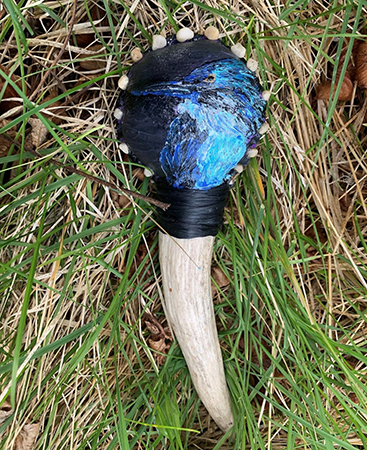 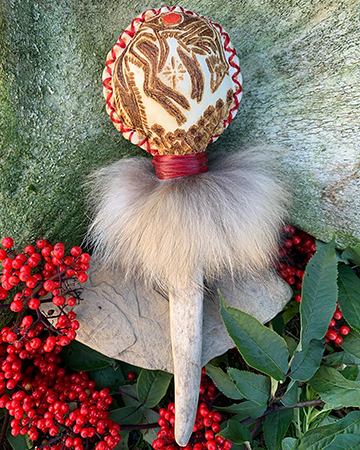